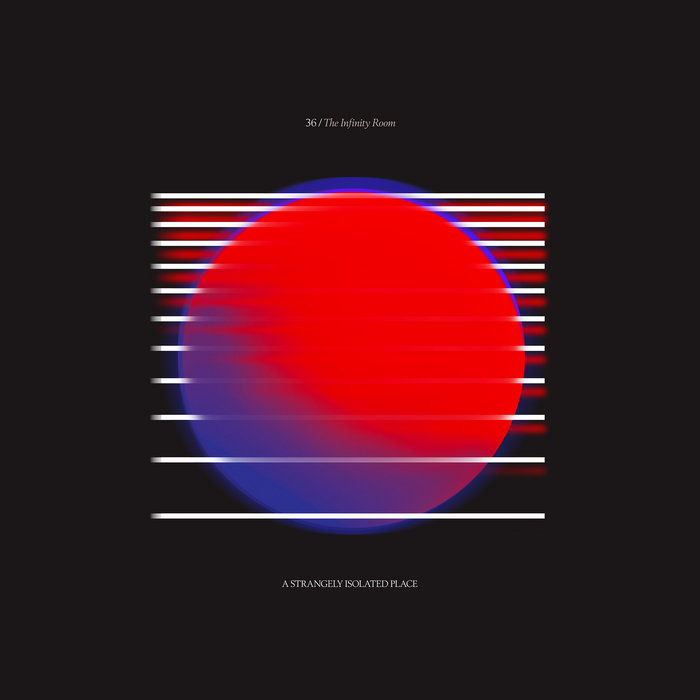 Original release can be found at astrangelyisolatedplace.bandcamp.com/album/the-infinity-room

After years admiring the work of 36 here on ASIP, we are pleased to announce his new concept album, titled ‘The Infinity Room’.

Inspired by his home and studio, Dennis Huddleston aka 36 set out to create an album born from endless possibility. Restricting himself to a limited sound palette, he focused on exploring his own private infinity, allowing even the smallest tangents to develop in a musical multi-verse of limitless potential.

“What is just one room (my studio) becomes many rooms when working on music,” Dennis explains. “From this single point, countless possibilities exist and this is where the concept for 'The Infinity Room' takes root. It's the thrill of taking a small idea from an ocean of possibilities, and watching it grow into something far grander."

“From the very first track, I made a conscious decision to restrict myself to a limited sound palette,” he adds. “Each track used the same core sounds, but evolves and mutates them in subtle ways, as well as being the direct inspiration for the track that came after.”

That intent is clear, with each track a different shade of what came before. Thoughtful tones with a warm, vintage brightness, develop into extended love stories and romantic journeys, speaking to the cinematic influence of pioneers like Tangerine Dream, Vangelis, Brad Fiedel, Charles Bernstein and John Carpenter.

“They were masters of creating vivid dream worlds, all of whom created the soundtracks to many of my favourite films,” he admits. “In more recent times, I’ve grown to deeply admire producers like OPN, Disasterpeace, Boards of Canada and Sinoia Caves, and they’ve reinvigorated my love for 70's and 80's era electronic film music.”

It all gives ‘The Infinity Room’ the subtle, shifting repetition that has long been a 36 hallmark; each track an ever-evolving reflection, a catalyst, another step into the inestimable.

“I just love those driving melodies that dig deep into your head and let the repetition take control, mutating and shifting on a macro level, so you only discover how much it's changed by the very end,” Huddleston smiles. “I think that's what the core of my sound was always about really and it's why each track on this album uses melody as the primary focus, with the keys taking control, and the track evolving with them. Repetition... The sound of infinity.”

36 has been a prolific figure in the modern ambient scene for close to a decade. Beginning with his debut and highly praised album 'Hypersona', Dennis Huddleston has been sharing his own emotive blend of electronic music through his own platforms, as well as labels such as Ultimae Records, Mystic & Quantum, and ICASEA. He also runs his own label 3six Recordings, which he describes as a love affair with the vinyl format.