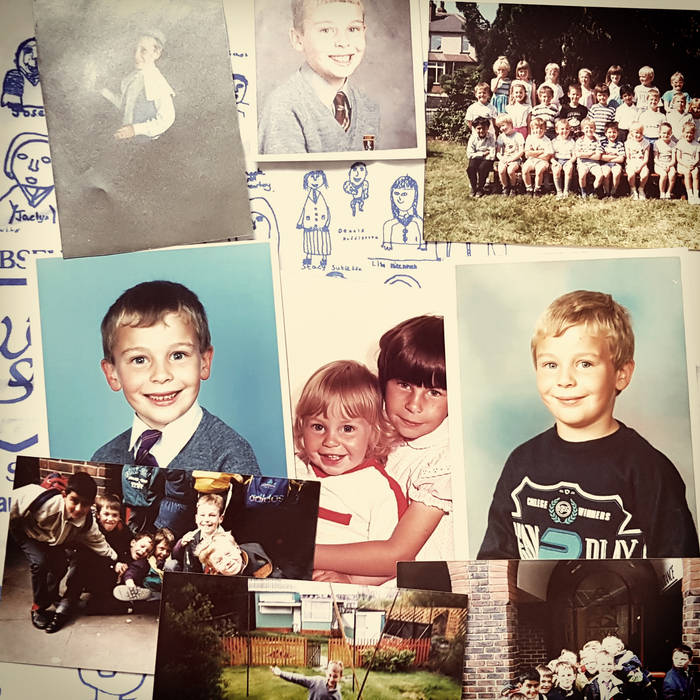 MomodeM They do make some lovely music. I want Song for Florence to be 20 minutes long! Favorite track: Song For Florence.

wilijames This reminds me of the final track on the bass communion cd. Favorite track: A Final Thought.

mark smith Most interesting ambient musician around at the moment. An album of shorter tracks packed with variety and no fillers. Sound is sparkling, crystal clear, some great melodies too. Plastic flotilla/Dance with the enemy/Night Flight/London/Point of no return - all high points. CD release please.
Favorite track: Night Flight.

'Revisionist History (Compilation Works)' is a collection of all the obscure, one-off 36 tracks that were used on various compilations from 2011-2020. They showcase an eclectic range of styles, held together by that familiar melancholic 36 glue. Many of these tunes are quite different to anything I've ever released on my albums/EP's, which was kind of the point! They are orphan tracks, which found a home among the many wonderful labels out there.

I always wanted to compile all these tracks into a single long-player, but as many of these tunes are very old, it was always going to be a challenge. Due to the nature of compilations, many of these tracks were mastered by engineers I had no experience with, which meant the sound was often quite different to how I envisioned them. Some weren't even mastered at all! My previous compilation 'Orphan Works' was just a slapdash playlist of all the tunes I could find, in various states of technical distress. It was messy to listen to and I wanted something better sounding and more coherent.

Sourcing the original project files was quite a pain in the ass to say the least, as despite having a complete archive of every track I've ever made, my cataloguing system leaves much to be desired. Some tracks took me days to find, mostly through trial and error. It felt like a time capsule listening back to them! I went though each original project file and re-mixed every track, then gave them my own personal master afterwards. Some older tunes needed quite invasive editing of the original mixdowns to make them sound on par with my modern productions, but hopefully you will agree that the sound is better and more consistent now. It gives all the tunes a new coat of paint, without killing the vibes of the original arrangements. I also included an unreleased track called 'Point of No Return' which was meant to be used on a compilation album, but for whatever reason, was never released.

It is free/pay what you like, so if you enjoy them, anything you send over will be greatly appreciated. Thank you to all the labels who featured the original tunes on their compilations and cheers to you as always for taking the time to listen! - 36

36 - Song For Florence
Taken from the compilation 'Touched Two' on Touched Records, 2014
touched.bandcamp.com/album/touched-two

36 - Moravian Fields
Taken from the compilation 'Ambient For The Environment' on Special Species Records, 2020
specialspeciesrecords.bandcamp.com/album/ssr010-ambient-for-the-environment

36 - Two Doors
Taken from the compilation 'IRMxTP Part IV - Isn't It Too Dreamy ? (A Place Both Wonderful and Strange)' on IRM, 2017
indierockmag.bandcamp.com/album/irmxtp-part-iv-isnt-it-too-dreamy-a-place-both-wonderful-and-strange

36 - Night Flight
Taken from the compilation 'Benefit Compilation for Japan' on ICASEA, 2011
icasea.bandcamp.com/album/benefit-compilation-for-japan

36 - London
Taken from the compilation 'Europe' on A Strangely Isolated Place, 2015
astrangelyisolatedplace.bandcamp.com/album/europe

36 - Point of No Return
Unreleased. Originally meant to be released on Bludhoney Records for a vinyl compilation, which ultimately never surfaced. Recorded May 2016

36 - Apollo
Taken from the compilation 'Healing Sounds II' on Past Inside The Present, 2020
pitp.bandcamp.com/album/healing-sounds-ii-a-compilation-for-those-in-need

36 - A Final Thought
Taken from the compilation 'Special Places' on Sentimony Records, 2012
sentimony.bandcamp.com/album/va-special-places