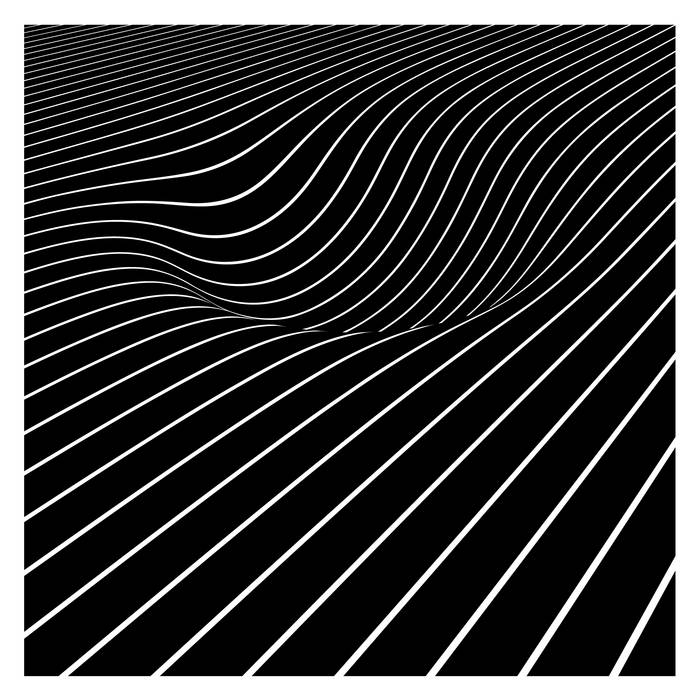 auto5k My new favorite from 36, Talos sequence never fails to be an incredible listening experience.

mark smith I absolutely love this album - there is enough long form droning ambient out there to keep me going until next year but this is different. Shorter tracks that emerge like opening flowers. Rich and full of warmth. The melodies and beats make every track very accessible, each with a unique sound. I first played it as background but found myself drawn to engage the whole way through which is saying something with a total running time of nearly 100 minutes. Favorite track: The Lower Lights.

Walhalla Elegance is a word that springs to mind. Musicality is another. That guy... really.

Pawafoto A magical or simply beautiful album, the beautiful being the rarest.
While too often in this kind of music we find boredom, with 36 it is the apotheosis which fills you with space and transports you by holding you firmly by each fiber of your epidermis. This album is a dizzying dive with fantastic overlaps provided by "Future Love", "Galatea" or even "Tempora". The melodies hook you and wrap you in the cinemascope sound of 36 to never let go.
Beautiful, simply beautiful ... Favorite track: Future Love.

NOTE: THIS IS A SPECIAL EXTENDED VERSION OF THE ALBUM, FEATURING BOTH 'THE LOWER LIGHTS' AND THE 'BENEATH THE LOWER LIGHTS' COMPANION RELEASE, ALL AS ONE SINGLE ALBUM. ALL TRACKS ARE IDENTICAL TO THE ORIGINAL VERSIONS RELEASED ON PAST INSIDE THE PRESENT pitp.bandcamp.com/album/the-lower-lights

'The Lower Lights' is a new compilation album from 36, featuring 10 tracks of vibrant, eclectic ambient music. These are carefully chosen from a larger selection of tracks, made between April 2018 and April 2019 as part of a year-long 'Audio Diary' project. These showcase the more energetic side to 36's production, whilst still retaining that glowing melancholia, which has become the hallmark of the 36 sound. Tunes like 'Galatea' and 'Midnight Helix' unleash the full arsenal of 36's synth capabilities, with an urgency that is quite unlike anything else in his discography. In contrast, tracks like 'Future Love' and 'Minerva' uncover new paths in the darker, more cyberpunk style, with a nod to the future and a wink to the past. For those who enjoy 36's music at it's most blissful, tunes like 'Lahaina Noon' will have you covered. If you enjoy emotionally charged ambient music, that demands your full-focus rather than something to simply ignore or fall asleep to, then 'The Lower Lights' is an album worth taking your time to explore.

All tracks have been carefully remixed and re-mastered, for more detail and clarity. The beautiful, minimalist artwork was created by Mario Morales.

"During the months of April 2018 to April 2019, I worked on a new project, which I called an "Audio Diary" documenting all the music I made over a single year. I have always wanted to do something like this, but time constraints and outside commitments always prevented it. Since 2017, I have been fortunate enough to be able to work on music full-time as my sole career, so I figured the time was right to finally crack my knuckles and do it.

My early albums were more like compilations of random tracks I made, but in recent years, I have shifted towards conceptual albums, that have a more focused, curated feeling. This is great for creating a consistent sound from start to end. But as a listener, I have a soft spot for dynamic albums, that shift and swerve in sound, constantly surprising the listener. This is why the idea of an Audio Diary felt appealing to me, because I could just make music without any pretense or grand goal; It was just making music for the sheer joy of it, without any regard for the tracks that come before or after it. It felt like returning to my old method of working, albeit with 10 years of experience on my back!

I was expecting to create around one track a month, but during the first 6 months, I was averaging about 1 track a week. When inspiration strikes, I have learned not to fight it! I think a key part of this prolific output is because I created a consistent pattern for how and when I worked. All tunes were made after 8:00pm every evening, when it was quiet and there were no distractions. Most of the tunes were brand new and made on the spot. But I also took the time to browse through my archive of unfinished tracks and see if any of them showed potential. Tracks like 'Galatea' were started years earlier, but along the way, they hit a creative dead-end and were left unfinished. The luxury of time gives birth to many new ideas! This is why I never delete any track I work on, because they can often be the catalyst for future ideas. Everything finds it place eventually.

In the end, I made 32 tracks in total. When it came to compiling the tracks for this compilation, I simply chose the tunes I personally played and enjoyed the most over the last 12 months. I made a conscious effort not to speak to fans who had already heard them, or check play counters on Soundcloud to see which were the most popular in terms of play count. This whole concept was a personal journey, so it felt fitting for me to continue this to its final conclusion and choose the selection entirely myself. Whittling 32 tracks down to 10 for a vinyl release isn't easy, but in the end, I chose the tracks closest to my heart and placed them in a run order which I enjoyed listening to from start to finish. The end result is a new compilation album that I titled 'The Lower Lights'. Although these tracks are all quite different in terms of their individual sound, they have a surprisingly cohesive quality when compiled together as an album. I think it's a very dynamic selection and should hit the full gamut of your emotions. This isn't ambient music you can ignore; It demands your full attention and will reward you as a result. I hope you enjoy them!" - 36

All tracks written, produced, and engineered by 36
Written between April 2018 - April 2019
Artwork by Mario Morales / moralesmario.com
Layout and typography by 36
Digital Cat# 3SIXARCHIVE002

Vinyl version released on Past Inside The Present
Vinyl Cat# PITP-V011
pitp.bandcamp.com