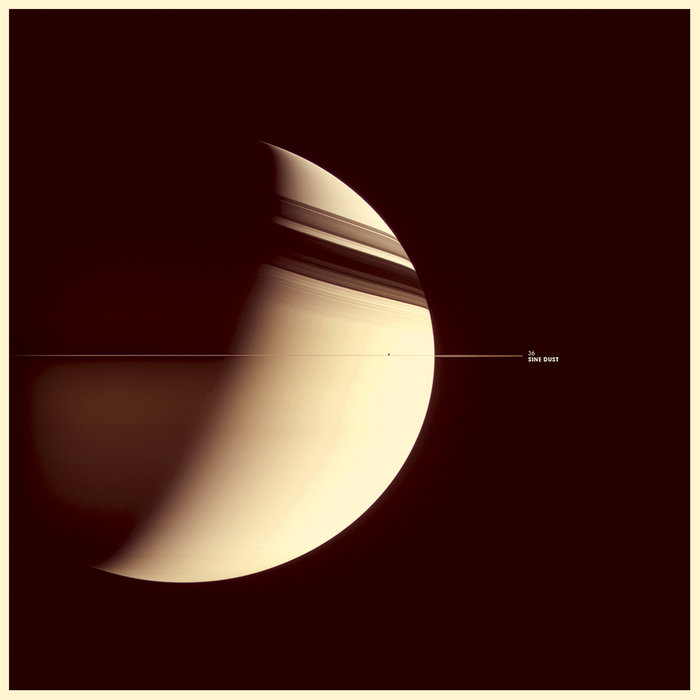 Drexcited Give me more space music. This is brilliant.

I just love to play Star Citizen along with tunes by 36, Markus Guentner, Per Musica Ad Astra and NewRetroWave.

Thank you, 36, for this vast beauty. Favorite track: Beyond The Heliosphere.

sovietintel this album is just amazing to chill out and let your mind break horizons never even dreamt of.
Favorite track: Beyond The Heliosphere.

Jimi Only a virtuous humankind would be morally allowed to explore space.
more...

Now fully re-mixed and remastered by Rafael Anton Irisarri @ Black Knoll Studio. If you previously bought the digital version, then re-download it from your Bandcamp library to get the updated files. The FLAC version is 24bit/studio quality.

You can listen to the companion EP to this release titled 'Sine Dust Versions' at 3six.bandcamp.com/album/sine-dust-versions

On August 25, 2012, the Voyager 1 spacecraft left our solar system and entered interstellar space, making it's new home in the vast gulf between the stars. It will be another 40,000 years until it reaches the next star. Long after we are all gone, it will still be orbiting around the centre of our galaxy, on a billion year journey into the unknown. What remains is a love letter to the rest of the universe, whispering who we were and what we managed to achieve. From an insignificant planet, on a pins head in our galaxy, we told the rest of the cosmos we are alive.

"Sine Dust is a collection of synth-based tracks, which I wrote between December 2014 and February 2015. I wanted to make an EP that had a strictly defined sound and theme, which continued from beginning to end, using a limited array of instruments to tell the story. All tracks are sequenced in the order they were made. In some ways, it's the most minimal record I've made. The sounds are soft, muted and the notes are played with a gentle intensity that hopefully reflects my passion for the stars. Listening back, I find it quite an inspirational, almost-romantic record, yet one which remains undeniably melancholic. I hope you like it" - 36